Fourlis Group of Companies, being the exclusive franchisee of IDEA trademark in Greece, Cyprus and Bulgaria, through its Risk Assessment Committee evaluates all kind of risks among others related to sudden and unforeseen medical emergencies like Sudden Cardiac Arrest and Choking and, for that reason, has installed in all of its IKEA stores, Automatic External Defibrillators (AED’s) & LifeVac, in every food serving facility, a “Medical Device Miracle” especially designed to treat Choking.

On 23/08/2018 in our IKEA Airport Store located at Athens International Airport “Eleftherios Venizelos” we came across a Choking Incident.

The incident took place in one of our store’s food serving departments, in our Bistro named “Exit Cafe” where we serve coffee, refreshments, ice cream, hot dogs, french fries, pizza and cakes.

It was around 16:00 and a lot of customers and guests were having a snack and drinking in our Exit Cafe.

Among those was a Family with a small child around the age of (3) three with Down syndrome. His parents bought a hot dog and were feeding the child carefully.

After a few bites, the child started choking and the parents were panicked and called for help.

As anyone who has visited our stores knows, we have our own in-house security staff, in every store, strategically placed all over our facilities and especially in our restaurant and exit cafe.

Our security staff is highly efficient in dealing with all kinds of emergencies among other medical emergencies, as it is constantly being trained in First Aid to be able to act as First Responders to the scene.

Members of our security staff being nearby rushed to the scene, where people had been started to gather around, as it usually happens.

Following BLS protocol, and as the child was still conscious but unable to cry, cough, or speak, our staff concluded, in seconds, that something is probably totally blocking the airway of the child and tried to dislodge the object with 5 back blows and 5 abdominal thrusts, Heimlich Maneuver, but the procedure although it has been executed almost perfectly, Failed to remove the obstacle and clear the blockage.

In a few seconds and after the Heimlich Maneuver failed to remove the obstacle and clear the blockage the child got unconscious.

Immediately (2) two of our security staff, Mr. Kallaniotis George & Mr. Aravantinos Gerasimos, took the LifeVac device from its wall-mounted position and calmly placed the device on the child’s nose and mouth, pushed the handle of the device and firmly pulled the handle in order for the device to create a negative pressure and remove the obstacle.

After applying LifeVac the child started breathing and coughing. Pieces of poorly chewed food, sausage and bread, were extracted from the child’s mouth.

Our security staff placed the child on his side smoothly taking the remaining food out of the child’s mouth.

Our staff advised the parents of the child to visit a hospital for precautionary reasons only.

As we have been told the child is very well, fully recovered from the shock and has no complications.

We would like to thank EMD LTD, being the sole and exclusive distributor of LifeVac, for supplying us with the “medical device miracle”.

A life has been saved!!!

There is nothing else to be said. 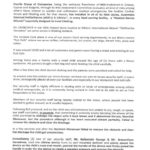 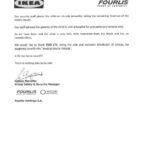